In The Ritual, commissioned by Museums at Night for their 2016 national festival, Aowen brought magic of Chinese spiritual tradition alive within Compton Verney and their 17th Century Capability Brown chapel by creating a massive phosphorescent rice field installation which visitors explored with UV torches, played in and used to create their own sparkling art works. 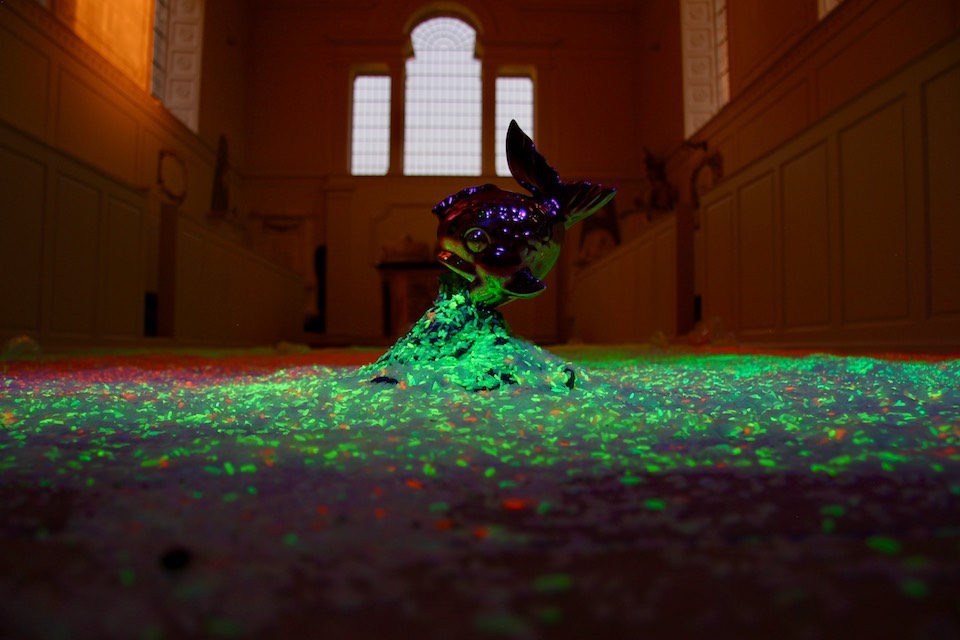 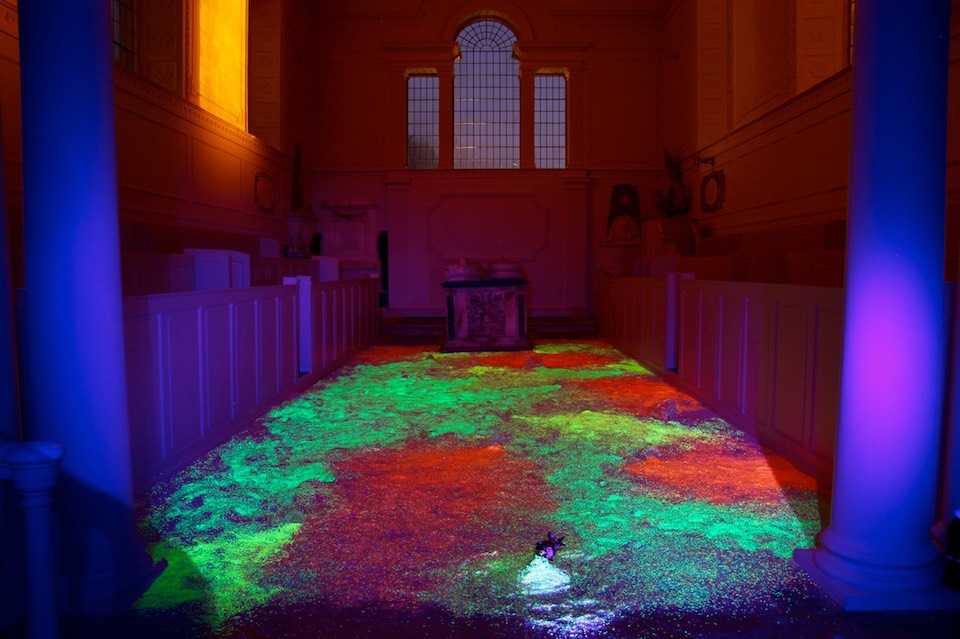 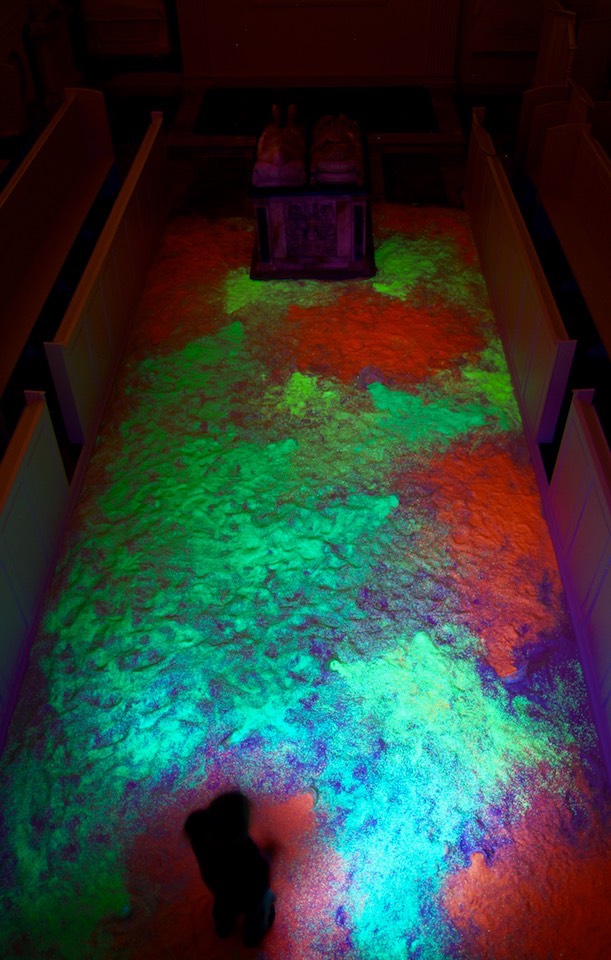 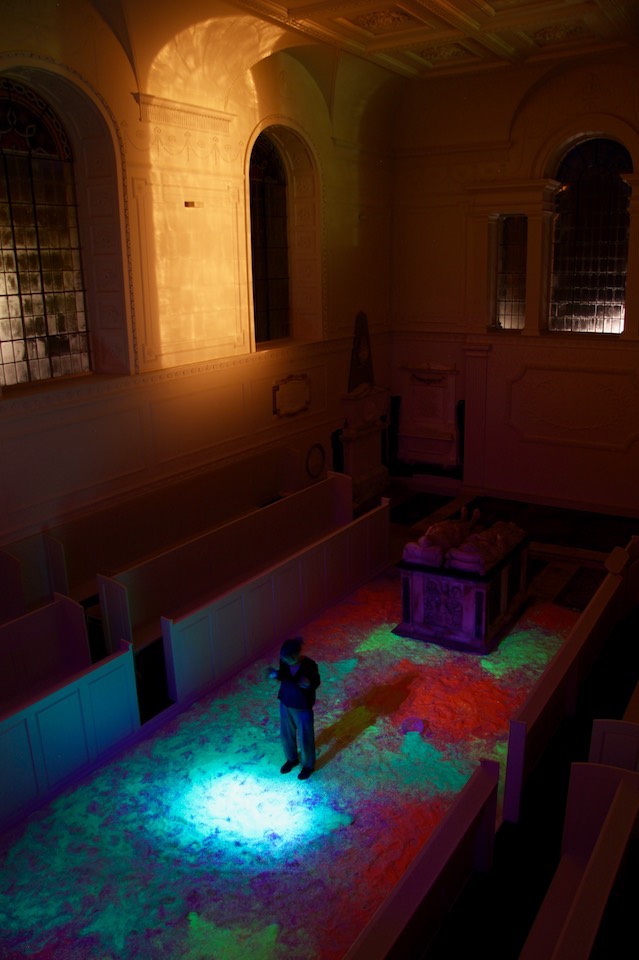 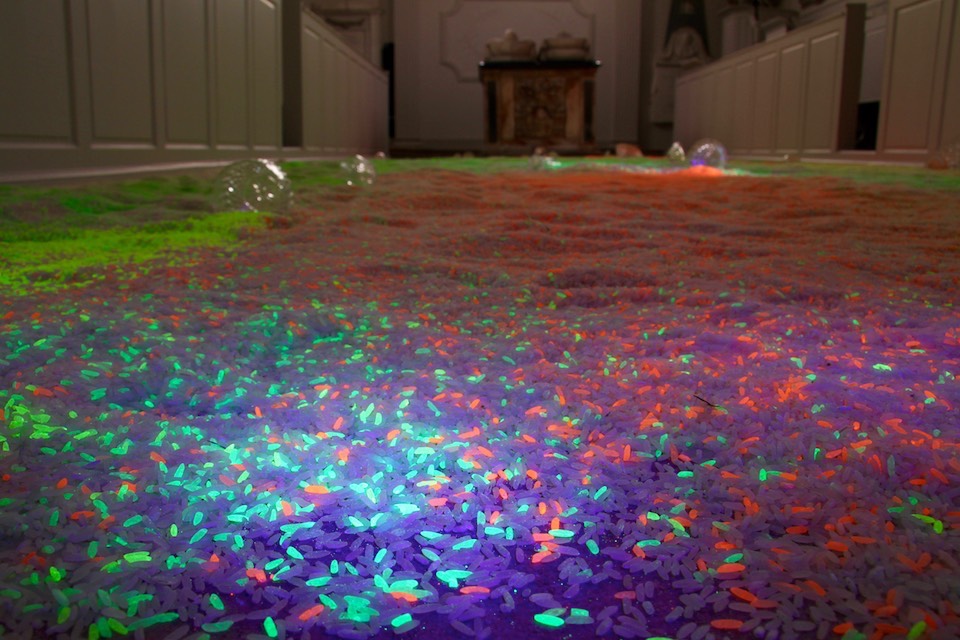 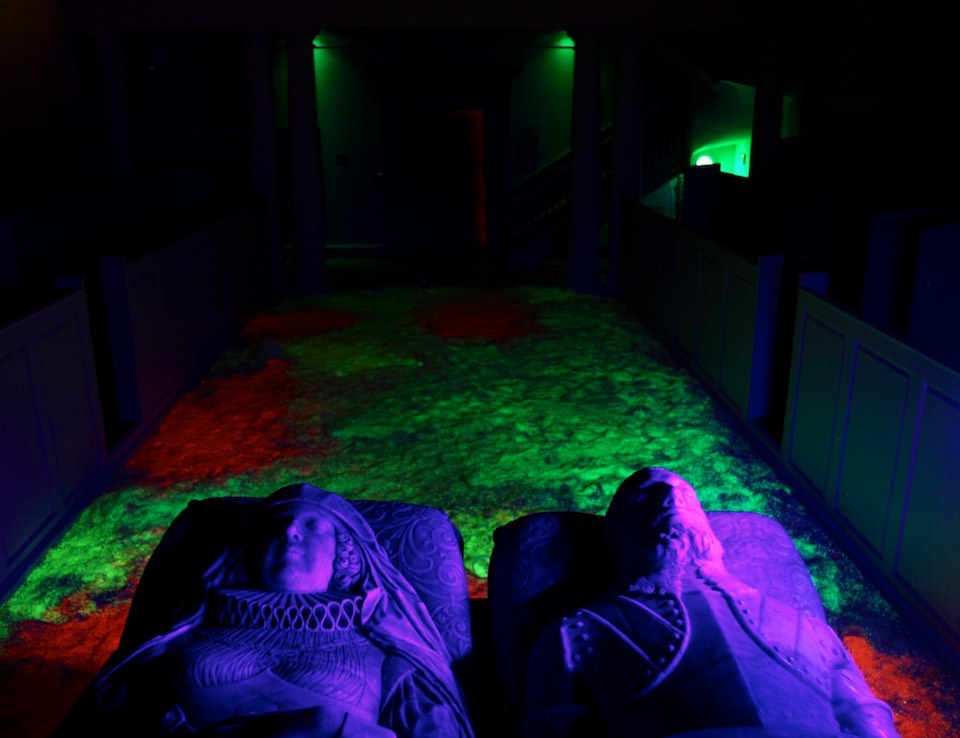 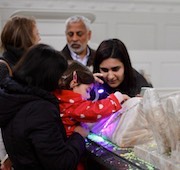 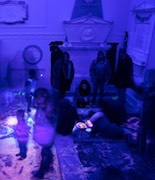 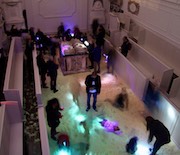